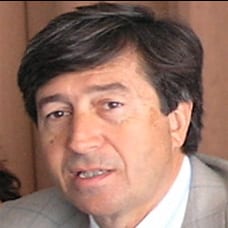 In the aeronautics field, he has been chairman for the last 18 years of ACBS, one of the major private aviation operators in Europe (more than 150,000 hours of flights to Spanish airports and the rest of Europe and Morocco). He has also held the office of chairman of the Cerdanya airport management company.

He is president for Spain of AOPA, the largest worldwide association of private pilots and aircraft owners, which is recognised as a partner by the national aeronautical authorities (DGAC, AESA) as well as by the European authorities (EASA).

Carlos was also the founding member and on the executive committee of the Barcelona Aerospace & Space Association Catalan Cluster (BAIE) and chair of the air transport and airport infrastructure committee in the same association. He is also vice-president of the association of companies of the Sabadell Airport of the network of AENA.

In other professional areas he has been a consultant on cooperation and business development programmes for the European Commission and for the Inter-American Development Bank (IDB).

He has worked as an economist on urban consultancy projects, especially projects dealing with industrial promotion and technology parks. He was managing director and general manager of the very first technology park in Spain. He has also been director general of studies and strategy at the Consortium of the Free Trade Zone of Barcelona.

Any cookies that may not be particularly necessary for the website to function and is used specifically to collect user personal data via analytics, ads, other embedded contents are termed as non-necessary cookies. It is mandatory to procure user consent prior to running these cookies on your website.